For a FAST QUOTE, Call or Email Us Pictures of Your Junk:

For a FAST QUOTE, Email Us Pictures of Your Junk:

Why Can’t People Throw Anything Away? 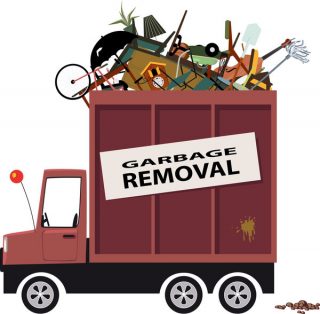 An estimated 15 million people in the United States are said to have a condition known as Hoarding. Hoarding is a behavior in which people are unable to let go of seemingly useless things, stacking up huge piles of junk in the process. Hoarders often resist anyone trying to remove the junk. Hoarding as a subject of scientific research was made popular by Jack Samuels, a psychiatrist at Johns Hopkins University. Dr. Samuels’ 23 years of research on the subject has helped reveal the dangers of this behavioral pattern.

According to Samuels, hoarding is similar to Obsessive Compulsive Disorder (OCD), and recently, research has uncovered a genetic association with the behavior. People with hoarding behaviors accumulate many things over the years, causing a lot of discomfort and harm to themselves, family members, and neighbors. The media reports of casualties caused by fires from piles of junk in people’s homes. In some cases, rescue services could not reach victims of fire incidents because of mountains of junk sentimentally held onto by the owners. Sometimes, people hoard animals and keeping them locked up in unhygienic and inhumane conditions. Animal hoarding is a dangerous situation that could lead to the spread of highly contagious and lethal diseases. There are instances in which rather than removing junk from their homes, people will move from one house to another after filling up the first one with clutter.

Samuels says that older people are more prone to hoarding behaviors, and many individuals who show hoarding tendencies also have relatives who exhibit this pattern of behavior.

Hoarding can have adverse effects on the relationships of people with the behavior, and can significantly impair their parenting abilities. It can also lead to isolation, as they may be ashamed of hosting guests because of their untidy environment. Some don’t realize they need to remove junk from their surroundings.

Treating hoarding is not an easy task. OCD treatments such as behavioral therapy that exposes patients to fear-causing behaviors and anti-anxiety drugs have not given desired outcomes. A new approach is to treat the disorder as a cognitive behavioral. With this approach a therapist visits a patient’s home to challenge their thoughts concerning hoarded objects, as the patient works to remove junk from their environment. A 30 percent reduction in severity of the disorder has been recorded in trials using this approach.

Even though few mental health professionals are treating the disorder, Samuels hopes that more will join the field as research into the area expands. He says that the problem is a general one we can all relate to, and even though we are attached to our belongings, we all can remove clutter from our lives.

Do you need a reliable and professional junk removal service? McJunk is the #1 junk removal services company in Raleigh. McJunk provides home and office junk removal, removal of construction debris, garage cleanouts and so much more at affordable rates. Contact McJunk by calling 919-850-4377.